Archers and hunters have been a part of mankind for thousands of years. While there have been many different kinds of archers over the centuries, the longbow archer in Middle Ages is arguably one of the most iconic in history. 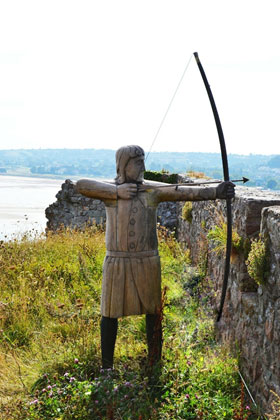 The British longbow was first brought about by the Celts in the 1000s, but they did not see frequent use until the 1300s by the British who went on to perfect its crafting and tactical use.

Any and every archer in the middle ages shared one common fear on the battlefield—mounted knights. The rise of the longbow, or “warbow” as it was known at the time, was due to its incredible range, penetration, and stopping power against such knights compared to other bows. This was due to its massive draw weight, which started at around 75 lbs and went as high as 200 lbs or more. This, however, was taxing on the body and required a lot of skill and training. Firing a longbow middle ages-style with any level of proficiency took years to master, and made skilled longbow archers highly sought after in their time. 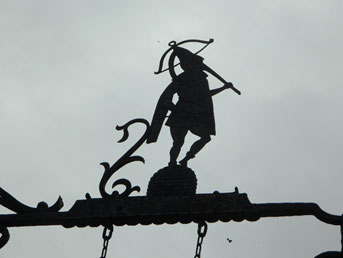 Of all the people and armies that used crossbows, the Genoese crossbowmen (a unit of mercenaries from northern Italy) were one of the most revered and respected. Their exploits span all three crusades and include battles such as the first siege of Jerusalem. They maintained their respect even into the early age of gunpowder use.

From Then to Now

Since medieval times, archery has come a lot further and has changed its role from an element of war to a skilled sport and passion of many. From the introduction of the compound bow to the reinvention of modern crossbows, there’s a niche for every archer.

Don’t forget to sign up to our newsletter and follow our blog for the latest news, guides, reviews, and more. You can also check out our wide range of custom strings, even for longbows!