It’s no secret that crossbows are becoming more and more popular with today’s archery hunters. Each year, more states are making it legal to hunt with a crossbow.

The great thing about crossbows is that a person can become very accurate with one, with little to no practice. Crossbows often come sighted in from the factory, so a new owner can literally take a couple of practice shots and be on their way to the woods.

The bad side to this is that many crossbow owners are not familiar with how their crossbow works and can get confused when something goes wrong — like a crossbow string breaking or excessive fraying due to overuse.

Starting in July every year, not a day goes by that we don’t get a call from someone asking how to fix a crossbow string. When this happens, we always try to help them figure out what caused the broken bow string. Most of the time, they just say the string was junk and they’ll never shoot that brand again (or something similar). The truth is unless it was made incorrectly; a bow string doesn’t just break. There’s always something that causes the failure.

This article will shed some light on:

Age of the Crossbow

The first and most obvious reason for a crossbow string breaking is age. You can avoid dealing with a broken string by simply changing it out. Many crossbow users shoot less than 20 shots a year, so they think the string will last many more years than the compound bow strings they used to shoot. This is not the case! Crossbow strings are under much greater tension. Most are in the 150-pound pull range, versus 60–70 pounds on a compound bow. It’s a good rule of thumb to replace your crossbow strings every other year and cables every other time. 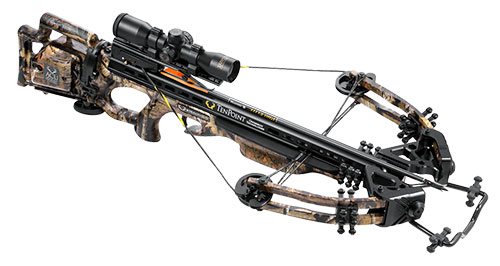 Bolt Not Seated Tight Against the String

Probably the number one cause of broken crossbow strings is the bolt not being seated tight against the string. If the bolt isn’t tight, the string will jump over or under the bolt, resulting in a dry fire effect. Many times the impending crossbow string break will have some indicators:

The use of incorrect nocks is another issue. Every brand/model of crossbow has a specified nock to be used. There are several styles, so it can be confusing. It’s always best to either check your owner’s manual or with the manufacturer to be certain the correct nocks are in your bolts, so you can avoid an unnecessary crossbow string break.

It’s important that proper care and maintenance are executed to avoid a crossbow string break. Crossbows are tougher on strings compared to vertical bows; it’s just the nature of the beast. As a result, they require a little more TLC. Prevent a broken crossbow string with proper maintenance:

We had a customer who bought a replacement string for his crossbow and sent a picture with a complaint. He said he had only taken five shots and the center serving was starting to unravel. I asked what rail lube he was using. His reply was, “What is rail lube?”

Something we don’t see a ton of but do get a couple of horror stories about each season is improper discharge. The best thing is to shoot a normal field-tipped bolt into some sort of target. I’m not a big fan of discharge bolts, some are better than others. What not to do is simply hold the crossbow at your side and fire into the ground. If the bolt hits the ground before it clears the string, there will be issues.

How to Fix a Crossbow String

What happens when a crossbow string breaks? Whether the string wore out over time or you all of a sudden have a broken bow string, the solution is the same: replace your crossbow string. When it’s time to replace the string, make sure you have all the necessary tools, like wax and rail lube. You may also need a bow press or cable stringer. It’s recommended to replace your string as soon as you notice any signs of fraying or if the string starts to look a little fuzzy.

If you’ve never changed your string before, it’s recommended that you find an experienced fellow archer to teach you how to safely replace the string and repair the crossbow strings break.

We’re here to help prevent last-minute or emergency fixes with high-quality, custom-built strings. Explore our collection of crossbow strings today. Not sure which string you need? Get in touch!