Our lives are like a book, full of the stories that make up who we are. These stories are comprised of the places we’ve been, the things we’ve done, and the people we’ve done them with. Thinking back on this as we're in deer season, I’ve pondered what it really means to be a bowhunter, and what all comes with it.

The story of a bowhunter is one of relationships. Relationships with one’s gear- a balance between love and hate in ensuring that it’s fine-tuned and surgical in nature.

A relationship with the forest, akin to student and teacher, where it is our privilege to learn all the lessons the forest has to offer.

But most importantly, a relationship with the animals we pursue. This game of cat and mouse has stood the test of time, and in the eyes of a bowhunter, it doesn’t get much more personal.

There is an elegance and beauty in being a bowhunter. The up close and personal nature of our pursuit with wild game is unmatched, as we are often so close, we can see the breath emanate from a deer’s nose on a crisp, fall morning.

We feel the nervous anticipation in a deer as it takes each step down the trail that we knew it would, hearing the ever so soft crunch of leaves underfoot as it comes closer.

The soft thrum of a bowstring follows as an arrow is released by the archer, sailing through the air, and hitting its mark.

These are the stories of a bowhunter.

However, being a bowhunter is much more than harvesting wild game in the woods. In fact, that is but a destination in a much longer book of stories.

For some, it starts at a young age; getting a first bow for Christmas or a birthday and staring at it wide-eyed with the thought of infinite possibilities as to what adventures could be had.

For others, maybe the opportunity came later in life, but the destination is all the same. We learn to shoot; we learn the feel of our equipment and what makes it tick. Then, we learn how our bows work in unison with our strings, our method of release and our arrows, and that is where we as archers really begin to grow. It’s where we come to love the process. That is the journey of a bowhunter. 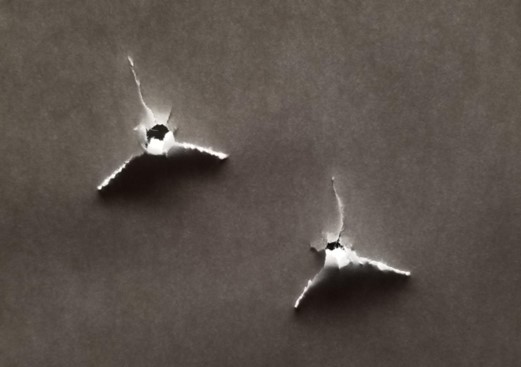 Being a bowhunter is not without its trials and tribulations, however. In preparing a bow for deer season (or whichever season one plans to hunt), archers all around try to no avail to tune their bows, sometimes trying different releases, arrows, and strings to try to get a broadhead to fly so that come archery season, they are confident that their rig will perform so long as they do their part.

To complicate matters further, an archer can do everything right, have a perfectly tuned bow with perfect form and still encounter nothing but frustration and disappointment in the hunting woods.

Being a bowhunter means getting up close and personal, and sometimes this proves detrimental. We must be far more mindful of the wind while bowhunting, and a swirling wind is out of our control and unpredictable, oftentimes ruining an otherwise successful hunt all because we got winded.

Sometimes, however, it isn’t the wind that impedes a hunt, but rather the foliage we find ourselves hunting in. Any bowhunter that has spent enough time in the woods has had this happen; a picturesque day, maybe a cold front spurring on the rut, and that target buck steps out. The deer heads right towards the opening we hoped he would, just for him to change course or walk right through our opening into obstructed cover. Had we chosen a rifle, it would likely be a tagged deer; alas, this is the life of a bowhunter.

Nothing makes a hunter want to put down their bow for good more than making a marginal shot on a deer. Sure, there are things that can be done such as backing out and calling a tracking dog, or “just giving it time” and coming back in the morning to take up the track, but sometimes the deer are lost nonetheless, or are found after their meat is too far gone. The relationship between hunter and hunted, predator and prey in the bowhunting world is an intimate one, and this is no exception.

So much time is spent in preparation, anticipation, and chase, and it all rides on one pivotal moment in time where just about anything could happen (the deer takes a step, the arrow hits a branch, the hunter rushed the shot, it’s all the same). The ugly side of bowhunting is that sinking feeling when we know we’ve lost our quarry, after miles of tracking on our hands and knees, following pinpricks of blood till it just flat out stops, or we bump the animal and we know it won’t make it, but that we probably won’t be able to tag it either. That, most unfortunately, is also the life of a bowhunter. 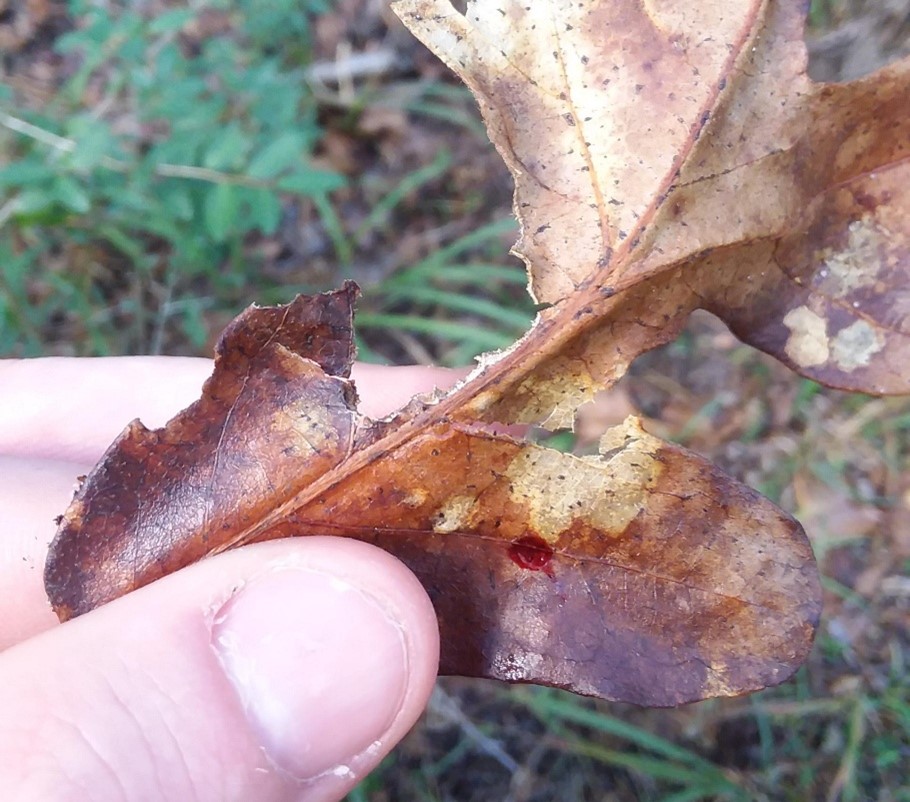 I lost the first deer I ever tried to take with a bow. This was last blood after more than a mile of tracking.

All That Comes with It

Bowhunting is about far more than what we put our tag on; it’s a lifetime of commitment to discipline, learning, and knowing when to give and take. It’s a push, and a pull. Bowhunting is among the many stories of our lives, of the places we’ve been, the things we’ve done, and the people we’ve shared these experiences with. These are our stories, and it’s what makes us who we are- it makes us bowhunters.

Robert Carr is an avid outdoorsman and public land hunter who loves a challenge. He has shot a bow since he was 5 years old, and shot compounds instinctively with fingers until he was 16. Be it a 3D rig, trad bow, or crossbow, he loves it all. His greatest aspiration is to become as good a mentor in the sport of archery as those who taught him. In addition, he proudly represents 60X Custom Strings as a Staff Shooter.