At 60X Custom Bow Strings, we love following archery. From backyard shooters to Olympians, there’s nothing quite like watching archers work their magic with their favorite bows.

The Olympic archery at the 2021 games in Tokyo was no exception. Here’s a recap of what we saw in this unique sport, starting with a brief history of archery in the Olympics.

Archery in the Olympics

It’s no secret that archery is one of the oldest sports and is closely linked to the development of civilization. Archery got its start as a practical skill for hunting and defense, though people likely practiced for fun as well.

The first appearance of archery as an Olympic sport was in 1900 at the second Olympic games in Paris, France. Seven disciplines in various distances saw competition that year.

After that, archery was contested again in 1904 in St. Louis, Missouri where six events were split between three men’s and three women’s. Team archery was introduced this year as well.

1908 and 1920 were the only two years after 1904 where archery was held at the Olympic games. After an absence of 52 years, it finally found its place at the Olympics again in 1972. Then the 1992 Olympics began the head-to-head matches we’re familiar with today.

Even though archery as an Olympic sport has technically been around for more than 100 years, its spotty history means it’s attracted a more modern audience. 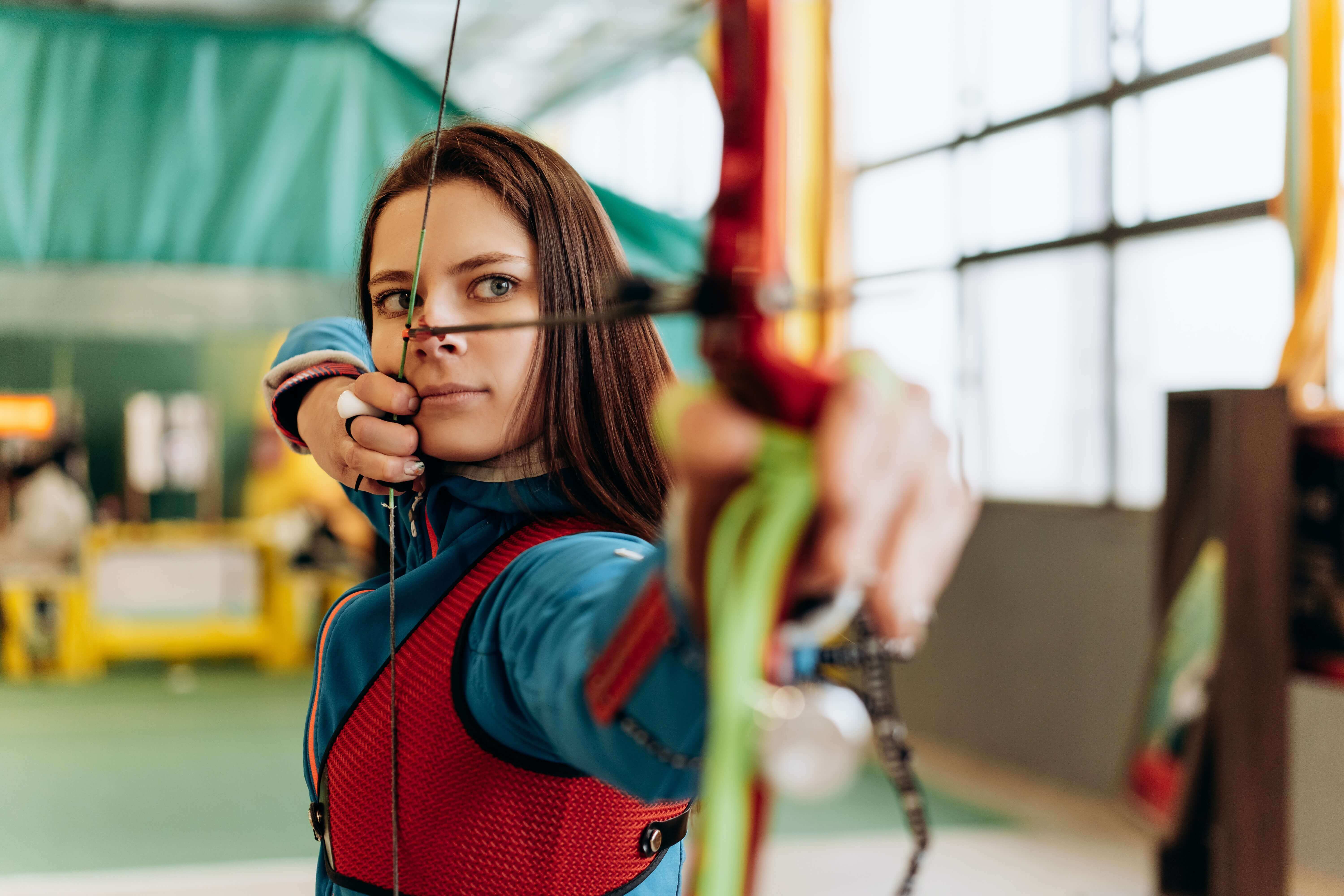 In Olympic archery, athletes only use recurve bows (no compounds or crossbows). In the individual event, archers shoot from about 70 meters (230 feet!) at a target face with a diameter of 122 centimeters. The innermost ring that measures 12.2cm in diameter (only about 5 inches) is worth 10 points.

Each archer has the opportunity to shoot 72 arrows in the qualification phase. The total score from those arrows determines the rankings for when archers go head-to-head in the matchplay phase.

In the matchplay portion of archery as an Olympic sport, archers compete in “best of five” sets. Three arrows constitute a set for individual events and team events get six arrows.

Shoot Like an Olympian with 60X Custom Bow Strings

Enhance your accuracy and consistency with a custom bowstring for your recurve, crossbow, or compound bow. All our strings are individually made which guarantees you the highest quality. Shop now to experience how a custom string can help you shoot more like an Olympian!