A very popular weapon in East Asia, a bow and arrow set was particularly important in China as archery was one of the Six Noble Arts of the Zhou Dynasty which reigned from 1146–256 BCE. Many prominent national and religious leaders were experts in Chinese archery including a variety of emperors, Daoist philosopher, Lie Zi, and even Confucious.

Because of the scope and size of East Asia, there was massive variety between different types of bows. Some of the most popular bows were the composite bow of the Mongols along with ancient Chinese crossbows.

The most popular bow among the Mongols was a  composite recurve bow made of multiple laminated materials. The oldest known versions of this bow ranged from 80 to 150 lbs. Shooting the bow was made simpler with a release aid made from horn or jade. It was hooked just below the arrow and drawn back with the thumb.

Generally made of wood, horn, and sinew strings, the layers were bound together with glue to make them extremely strong and flexible. They rose in popularity in Chinese archery because of their unique shape where the string rested flat on the top and bottom of the bow. The extreme curved shape and the flat ends increased the draw weight making them more powerful than any other ancient bow. The one downside to these bows was that they were water soluble, so archers had to protect bows and arrows with  wrappings to preserve them.

Mongol bows were used for both hunting and warfare, as they were extremely versatile. Soldiers would usually carry two versions of this bow — one for long range and one for short range. Because it was the preferred weapon of the time, archers generally carried 50 or more steel  broadheads in their quiver. There is also evidence of incendiary arrow heads in Chinese archery that were used to ignite pyres, buildings, and other structures.

The  crossbow was actually invented in China around the year 700 BCE (under the Zhou Dynasty). The creator of the crossbow hoped it would act as a deterrent, as it far outstripped the other long range weapons at the time. At first, the crossbow was exclusive to Chinese archery because the country’s leaders feared the technology would be replicated by their enemies and banned anyone from taking them out of China. 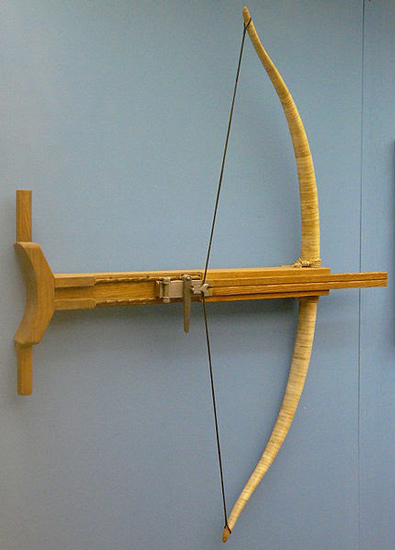 The basic crossbow is a horizontal mounted bow that has a stock and trigger mechanism. Most crossbows at the time had a range of about 650 feet. Because aiming and firing was much simpler than with other bows, it reduced the need to specially  train for accuracy when using long range weapons.

While they were first used as a deterrent, they were later developed for use in battle. There were many different sizes and types of crossbows — even rapid fire models that could shoot over 20 arrows in just 15 seconds. Crossbows were used in Chinese archery until the 1890s before modern firearms made them obsolete.

You can find the influence of both Mongol bows and ancient crossbows in modern archery. The Mongol style recurve advanced recurves and longbows due to innovative laminating techniques and materials. They also inspired release aids and dampeners to stabilize shooting and mitigate vibration. Crossbow triggers were the precursor to modern handguns and many hunters still use crossbows today.

Learn more about the  history of archery when you explore our blog.