Watching movies that portray the skills of archery is exhilarating and exciting. These are movies with a lot of action and adventure—ideal for anyone who enjoys the good folks winning and the bad folks losing.

Unfortunately, archery in film isn’t quite as realistic as filmmakers would like you to believe, whether or not the actors are using a real bow and arrow setup. For a comparison of real-life archery versus film archery, here’s our breakdown of bow shooting techniques and gear from three prevalent films of recent years. 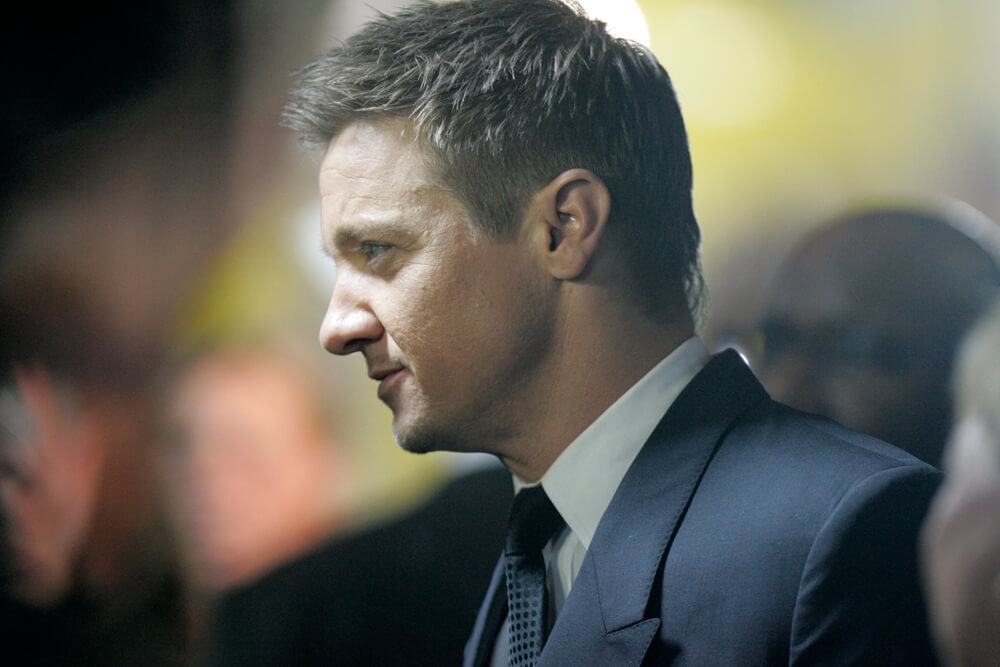 While the franchise splits its attention between a number of main characters, Hawkeye does have a significant amount of screentime in these movies with his archery. His whole character revolves around his expertise with a recurve bow, but his costume, form, and skills are pretty lacking.

In this film, Hawkeye’s costume has two arm guards. There’s absolutely no reason for this unless the filmmakers just decided it looked super cool or he’s experiencing pain from shooting incorrectly. Most experienced archers using a real bow and arrow may not use any arm guards at all. 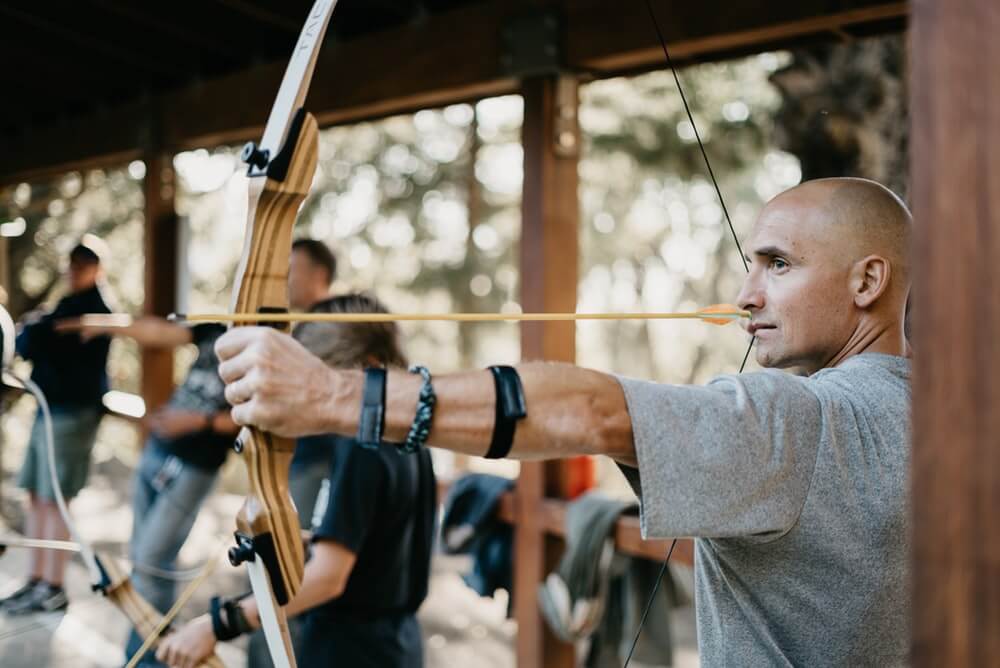 One of the reasons for the armguard malfunction could be Renner’s bad form throughout the film. He holds his arm at a 45° angle when he’s supposed to be holding it completely vertical—opening up a path for the string to snap back and hit him.

In this movie with archery, Hawkeye’s grip is also completely wrong when compared to real-life archery. Instead of gripping his bow lightly with his palm at a slight angle and wrist bones pointing towards the center of the bow, he’s got his fingers wrapped all the way around the grip with his wrist angled off to the side. This results in bad aim and more bow strings snapping back into his arm.

The last big foul-up is that instead of holding the bow string with his pointer and middle fingers, he mainly uses his index, which makes his shots inconsistent and out of control. His draw elbow is also high and forward—putting downward pressure on the bow string and forcing his arms and shoulders to do all the work.

In movies with archery, shooting around corners and falling off buildings looks cool. However, it’s not in a typical archer’s skill set. Sadly, any beginner who comes in to train expecting to learn these cool moves will be disappointed. And while real-life hunting may require moments of agility in the woods, parkouring from a large tree or mountain with your real compound bow and arrows is no easy task, nor is it realistic. 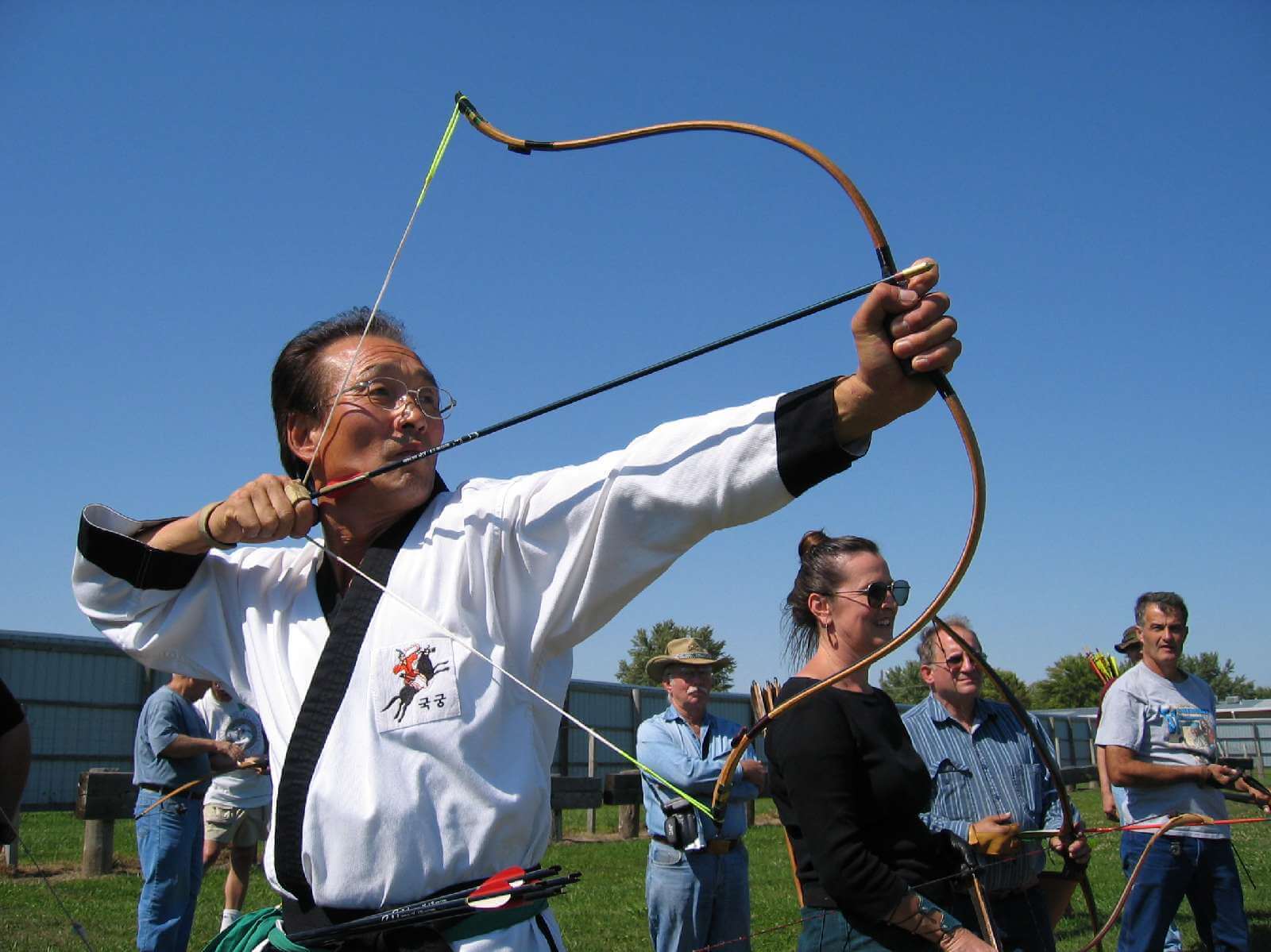 The War of the Arrows is a Korean movie with some amazing archery throughout the film. Because the Korean name translates to Arrow: The Ultimate Weapon, we expected great things from the movie—and it did not disappoint.

There’s the use of both a composite recurve bow and a heavyweight recurve longbow of Mongolian style in the film, as well as a billet in some scenes. Because the movie is set in the 1600s, all of the real bows and arrows are simple and made of wood with feather fletching. One scene even shows the main character making arrows before an attack. All the archers in the film are either wearing full armor (with vambraces to act as arm guards) or have arm guards made by wrapping a piece of cloth around one arm. In terms of costume, this was one of the best movies with archery we’ve seen.

The actors working on this film seem to have had extensive training with these styles of bows and arrows. Elbows and wrists are held correctly and the actors are drawing with the strength in their backs instead of their arms, just like real-life archery.

There are a few techniques that really stand out throughout the archery in the film, including a curving shot, torquing the string at full draw, and shooting a massive double kill arrow. These are possible with real bows and arrows!

While the curving shot is a bit of an exaggeration, it does work reliably at a short distance. Trying to curve for a shot that’s too far away will end up with the arrow auto-correcting its course. There are also scenes where characters torque the string on their bows to add extra power to a shot. Movies with archery like this one sometimes show shooting through two people at once. It’s not impossible! Some bows are designed with enough power to shoot through elk and even rhino skin. 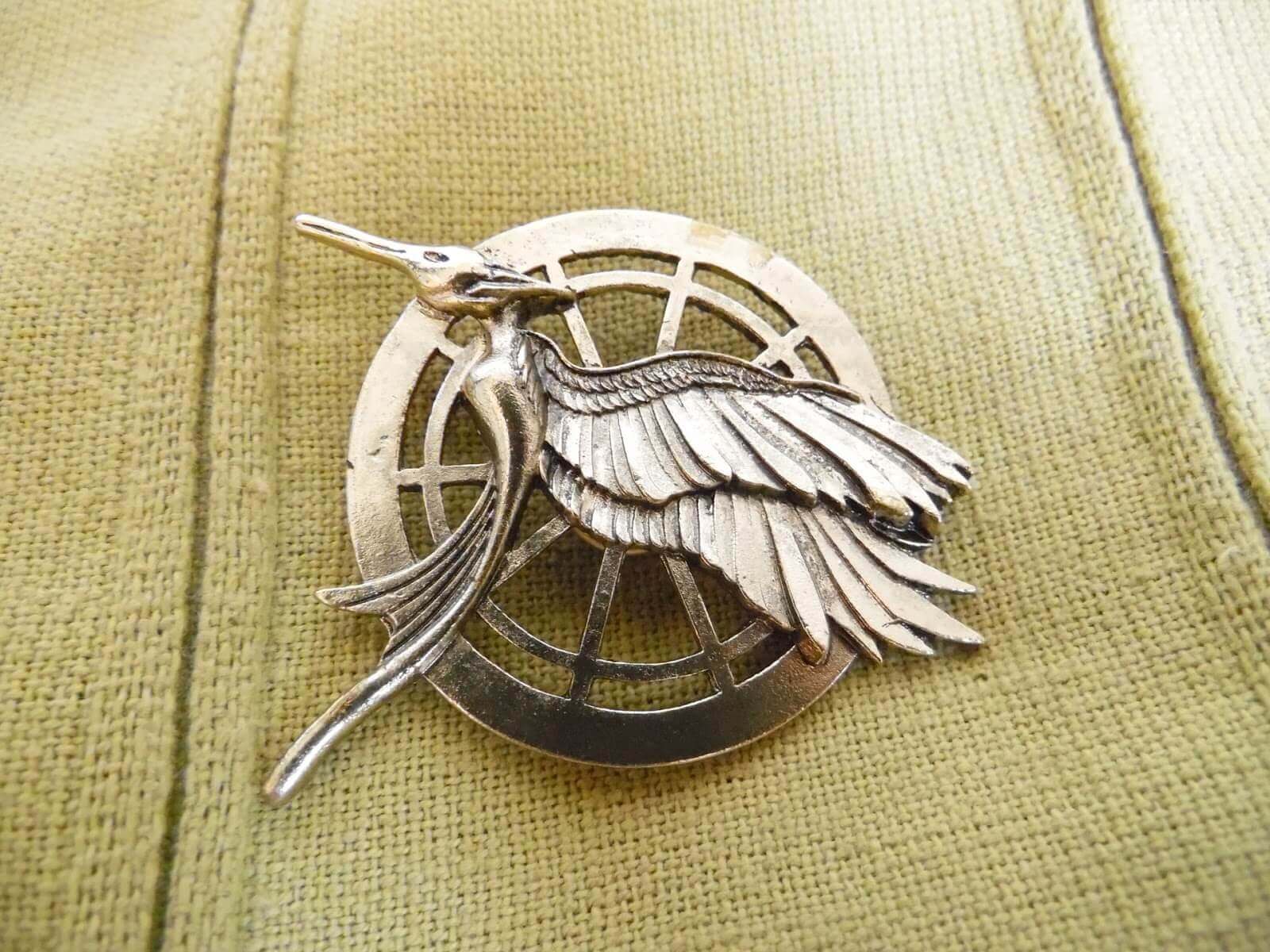 The Hunger Games was responsible for a lot of renewed interest in real-life archery and it filled up ranges around the country with people who wanted to be just like Katniss. Overall, the archery in this film does a good job of showing the bow as an effective weapon and Jennifer Lawrence has good form throughout the film.

Most of the time, Katniss Everdeen is wearing long sleeves, which means she doesn’t need an arm guard. There are a few moments where she bares her arms, but her form and skills seem to be high enough that she has no fear of smacking her arm with the string. The bows she uses are supposed to be either ultra futuristic or homemade, so the fictional setting precludes a comparison to real bows and arrows.

The only major issue with the depiction of archery in this movie is with the training style. Lawrence was trained by an Olympic athlete and it shows in her style. Instead of anchoring at her mouth (which she does sometimes), she frequently anchors under her chin which is best when you have a sight on your bow.

In this movie with archery, she also stands very upright while shooting instead of curving her neck and upper body forward, which is how instinctive shooters generally stand. The form is good, it’s the style choice that’s wrong. There’s also one scene where she puts her finger over the top of the arrow—a big no-no.

While there aren’t a lot of trick shots in the movie, Katniss’s aim and quick shooting skills are achievable in real-life archery with ample dedication and practice. 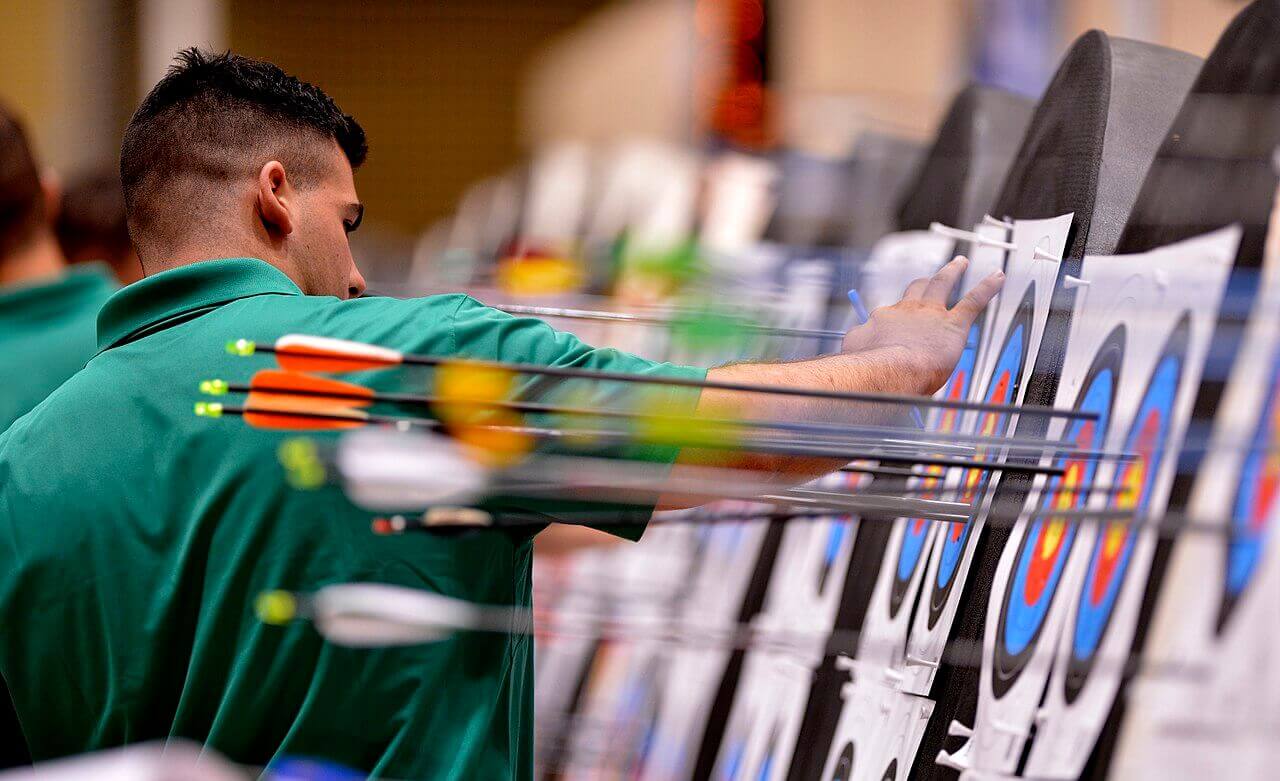 At 60X Custom Strings, we make it our business to know everything modern archers need to keep their skills sharp and their bows primed. Learn more about our team and browse our blog often to find new posts about what’s going on in movies with archery and the real-life world.